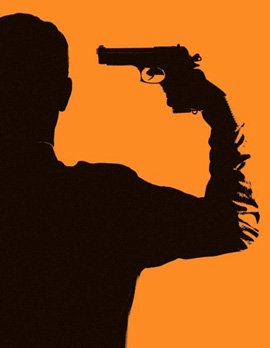 This just keeps getting more and more pathetic…

Rep. Peter King (R-N.Y.) said on Wednesday that if Eric Garner had been healthier, he would not have died after a police officer placed him in a chokehold.

“If he had not had asthma, and a heart condition and was so obese, almost definitely he would not have died from this,” King told CNN’s Wolf Blitzer during an interview.

By the same logic, history will show that our congress wouldn’t have died by guillotine if they weren’t so corrupt and so stupid…

Even though video captured Garner saying that he couldn’t breathe as officer Daniel Pantaleo placed him in a chokehold and wrestled him to the ground, King said that “police had no reason to know that he was in serious condition.”

“The fact is if you can’t breathe, you can’t talk,” King said. “If you’ve ever seen anyone resisting arrest, I’ve seen it, and it’s been white guys, and they’re always saying, ‘You’re breaking my arm, you’re choking me, you’re doing this,’ police hear this all the time.”

It’s astonishing just how stupid politicians can be. Here he is admitting that police brutality is routine.