Give Me A Lever 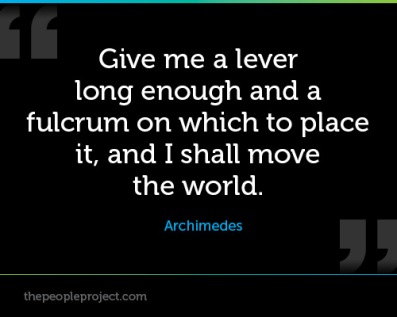 Power never extends beyond control, and control can only be gained by love, by force or by illusion.

The greater the concentration of power, the more powerful the love or the force applied or the more pervasive the illusion.

Truth is the antidote to illusion and Love is the greatest force of all.

Apply them both liberally and diversely to counter the powers of force and illusion and as the leverage unwinds, the power dissolves.

It’s the only solution.