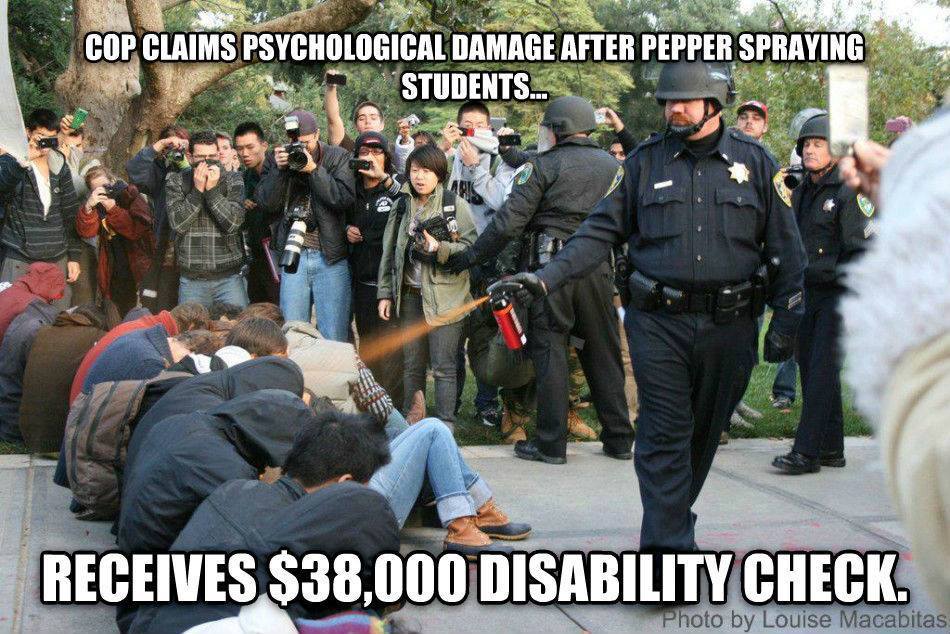 Welcome to our 3-ring circus – a banana republic, with kangaroo courts, and a lying media that shows it all with a straight face.

Lt. John Pike of the UC Davis police pepper-sprayed a group of sitting protesters in 2011. Amidst an autumn of federally-coordinated, violent police suppression of the Occupy movement, the incident in Davis was clearly one of the most heinous cases. A group of students had linked arms, sat down, and refused to move when the police came to evict their encampment. Lt. John Pike then casually exhibited a red can of military-grade pepper spray, nonchalantly strolled past the protesters, and doused them in orange gas, which led to the hospitalization several of the students. International outrage ensued. “Pepper Spraying Cop” became a widely-shared meme, and Pike was originally put on paid leave and eventually fired. The students sued, and a $1 million settlement was split between all 21 of them. Pike was just awarded $38,058 in disability payments, after claiming he suffered “emotional and psychological damage” from his attack on UC Davis students.

Everyone, but the American people, cashes out in the circus we call America.