Why Interest Is A Scam 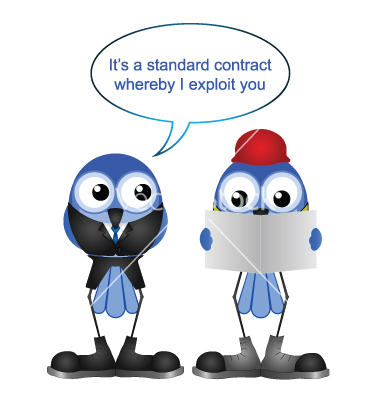 Did you ever ask yourself exactly how a loan “bears” interest?

Take a dollar bill, bury it in the ground, water it and see if it “bears” little tiny dollars. Don’t hold your breath, though. Short of a miracle, it will never happen.

Do you understand how people “make money work?” Don’t bother, because money does not work by itself. Money does not–and cannot–talk, walk, or work! Only people do!

I challenge anyone to take a $20 bill, place it on the kitchen counter, and ask it to wash the dishes.

Good luck if you expect an affirmative response from the $20 bill, or a set of clean dishes in the morning–it simply won’t happen.

It can’t. Only a human being, someone who thinks that the $20 bill is valuable enough to trade for their labor, can wash those dishes!

The $20 bill is useless unless it is coupled with something else of value.

Given that simple reality, how can collecting interest on the bill itself (or the credit) possibly be justified?

If you’ve followed me so far, let’s examine why the person above (the “dishwasher”) might consider trading his labor in exchange for the $20.

Now, “In God We Trust” is inscribed on the bill. This is no coincidence because the entire system hangs on that faith.

First, the dishwasher must have faith that the person possessing the bill earned it.

If the dishwasher thought for a moment that he pulled the bill fresh off the printing press in his cellar, the dishwasher would never accept it! One, it’s illegal, but also the dishwasher knows that, if recognized as counterfeit, no one else would accept this bill!

For this exchange (and the entire system) to work, it is critical that the dishwasher have faith that any and everyone that possesses the goods and services he needs will willingly, indeed eagerly, accept this bill (that he’s worked so hard to acquire) in exchange for those products and services which the dishwasher needs.

If the dishwasher thought for a moment that his vendors or service providers would reject the bill, he would reject it too; he would refuse to exchange his labor (which has tangible value) for the bill (which has no tangible value). Indeed, everyone would refuse to exchange anything of value for this bill because, if no one is willing to accept it, it is worthless!

The $20 bill has value only if it is accepted by enough people such that it can serve its purpose–to facilitate exchange.

How many people is enough? A self sustaining economy has enough people. In other words, a community (however small or large) has enough people if collectively it produces everything its individual constituents need to survive and thrive.

Is it beginning to make sense to you? 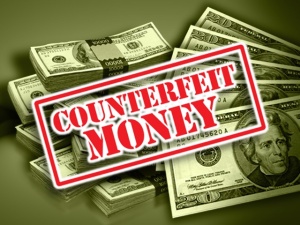 Simple answer: the U.S. Treasury derives its power from Congress, which derives its power from the Constitution, ratified by the people (us), who in turn TRUST that the government faithfully issues just enough money or credit to facilitate trade in our national economy. Remember, we only need money to facilitate trade. We already have wealth–our labor and our resources!

Now, how much is just enough money? It is difficult to determine with precision, especially when you’re measuring so much wealth, but ideally the government decides on a unit and its equivalent value (in labor) and issues enough units so that the entire productive capacity of the nation can be utilized.

In other words, each time the productive capacity of the nation grows (e.g., an adult joins the workforce), the government considers that growth and, accordingly, faithfully issues enough money to facilitate trade between the owners of that new productive capacity–us!

We have finally reached the heart of the matter–the colossal flaw of an interest-based financial system.

If the government issues money (by the authority vested in it by us), and that money represents our wealth, then why should WE pay INTEREST on something that merely REPRESENTS our wealth and is only designed to facilitate its exchange?!!

If the money issued by the government represents our wealth, whose wealth does the “interest” on that money represent?

Remember, the government does not issue “interest”; it only issues principal–either by printing money, or issuing treasury bonds used to borrow money. Principal represents tangible wealth (or labor). But, from where does interest derive its value?

Simple answer: interest sucks its value from our wealth, i.e. our labor!

It is mathematically impossible for every outstanding loan in the U.S. today, both public and private, to be paid in full at once, both principal and interest! There is simply not enough money issued to accomplish this! The government only issues principal! For one man to pay his loan in full, interest and pricinpal, another man must become unable to pay his debts; the money must come from somewhere!

INTEREST does not add any value to the economy it merely acts as a gigantic vacuum sucking up principal that’s already in circulation! 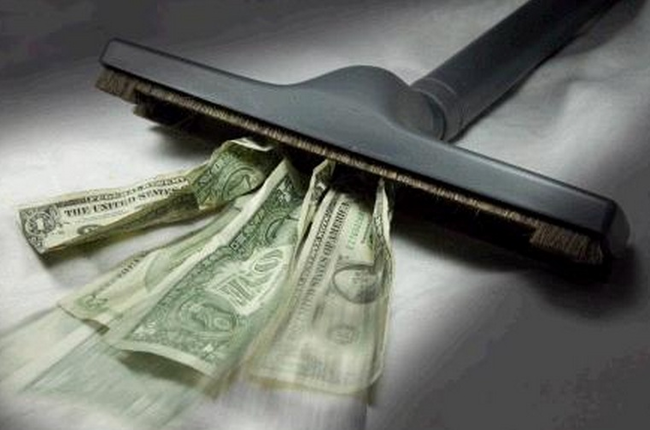 As of August 31st, 2005, the U.S. government has already paid $335 BILLION in interest on U.S. Treasury Bonds. Some of this goes directly to the Federal Reserve System, the central banking system of the U.S. which is comprised of 12 private banks and a Board, all of which are independent of the government. The rest of the interest goes to other private bondholders, domestic and foreign.

These banks have a complete monopoly of the money supply of the nation and they have private shareholders. The Federal Reserve banks audited annual reports reveal that together these banks own over $772 Billion worth of U.S. Treasury Bonds for which they collect tens of billions of dollars in interest annually from the U.S. Treasury. Thankfully, they are required to deposit all of their surplus money (after operating expenses, etc.) back into the U.S. Treasury. But, you would be truly impressed at how costly it is to run the Federal Reserve System!

Now, proponents of the Fed argue that its modest profits pale in comparison to that which is made on interest charged by other bondholders, domestic and foreign.

But first, everything is relative; what’s modest for you could be a fortune for me. And second, that only begs the question: Why should the Feds, or anyone for that matter, profit AT ALL from the circulation of that which is conspicuously described as ‘the nation’s treasure?!!’

And, what about the bushels of interest commercial banks charge the public for private loans to which the public otherwise has no access?

Where does the money come from to pay for all this interest?

Simple answer: from the wealth of the nation–our labor!

How? Government interest is paid by cutting so-called benefits (actually, we pay for them, so the term benefit is a misnomer, we’re entitled to them), and by raising taxes!

An interest-based financial system does nothing but siphon wealth from the working class to give to the idle rich, because only those with money can collect interest–that’s how interest works!

Are you outraged yet?!!

Now, the value of the $20 bill is controlled by those who issue the bills (or the credit)–the Feds.

But, they do not utilize conventional methods to increase and decrease its supply because that would be too transparent (and printing presses are too akin to counterfeiting). Instead, they concoct the concept of interest which has a rhetorical appeal to it–after all it’s hard earned money (yeah, right!) and it’s only fair that they get the ‘time value’ of the use of their money (at whose expense?).

Through interest they discourage or encourage people from borrowing money depending on whether they increase or decrease interest rates. When interest rates are raised, it is more expensive to borrow money (and more lucrative to lend it!), and vice versa.

Now remember, only the Feds can print money, and only they are allowed to distribute it. And, of course they only distribute money at interest.

In other words, the only way money (or credit) comes into circulation is at interest, which means that every dollar bill and EVERY dollar of credit circulating in the economy is accruing interest to be paid to at least one, or multiple creditors in a long succession.

This means that every time the Feds increase interest rates, governments and businesses MUST pay more to conduct their affairs;

governments MUST factor this increased interest into their budgets and taxes go up;

businesses must factor it into their cost of production and the price of EVERYTHING goes up!

So, when the Feds increase interest rates, which they do AT THEIR PLEASURE and arbitrarily, the price of everything goes up; taxpayers must pay more; and governments can do less for the people who need it most.

Of course with all these increased costs, the demand for money increases.

Meanwhile, the supply decreases because no one can afford to borrow money at such high interest rates!

Wow! Are you outraged yet?

Then consider again our poor dishwasher against this newly acquired perspective.

Since the barter system has been effectively replaced by this thoroughly corrupt interest-based financial system, when the poor dishwasher sees the $20 bill he will now go totally nuts to earn it because money is scarce, the cost of living is high, and there is no other means by which he can exchange his labor for the food, clothing and shelter he needs to sustain himself and his family.

Please, open your eyes and see this reality in the light of day. This is all a colossal scam. It doesn’t have to be this way. Alternative systems are out there, but we must demand them!

If we can collectively get beyond this illusion, put our trust in each other, instead of government officials that have betrayed us, then we can begin to solve our problems–together.