Capitalism In A Nutshell

Self-Interest backed by force is capitalism in a nutshell.

“Indeed, McDonald’s cannot flourish without McDonnell Douglas, the designer of the US Air Force F-15. And the hidden fist that keeps the world safe for Silicon Valley’s technologies to flourish is called the US Army, Air Force, Navy and Marine Corps. And these fighting forces and institutions are paid for by American taxpayer dollars.” — Thomas Friedman, from The Lexus and The Olive Tree, New York Times

You don’t even have to go as far as military force.
The most prominent force in American culture is the police and the judiciary. The force of law, with only the threat of police force, is enough to keep everyone in line with your superiority.

The only way to counter this ideology is to replace it with sacrifice born of love, for each other and for the planet. 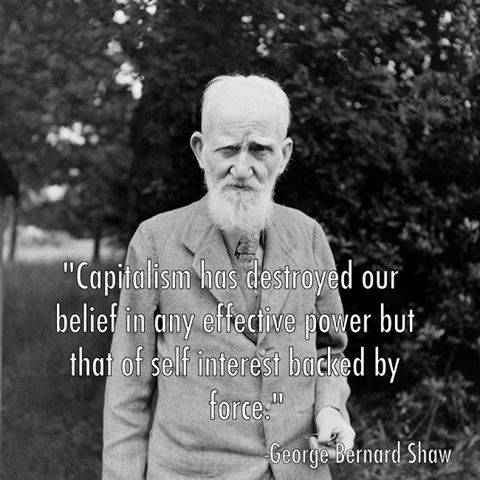