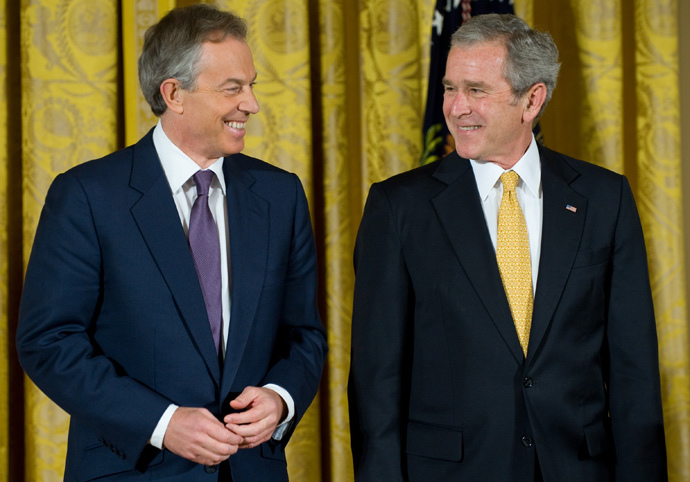 Lord Dykes of Harrow Weald, a Liberal Democrat peer, claimed the publication of the long-awaited findings of Sir John Chilcot’s inquiry into the Iraq war had been delayed to drag out the anguish of the ex-Labour Prime Minister.

Speaking in the House of Lords on Tuesday, Dykes said the continued delay of Chilcot’s report was an “utter and total disgrace.”

“More and more people think it is some kind of attempt to prolong the agony for Mr Blair facing possible war crimes charges,” he added.

Lord Douglas Hurd, who held the position of Conservative foreign secretary between 1989 and 1995, warned on Tuesday the Chilcot report’s delay was no longer related to “mere negligence” and had become “a scandal.”

When you have so much to look forward to, why delay?

The primary reason for the delay in publishing the controversial probe’s findings was thought to have been related to conflict between the US State Department and Whitehall over declassifying confidential and potentially incendiary communications between Blair and then-US President Bush.

Great! That means we can indict two war criminals with one report. When can we expect the goods?

Wallace, a government minister and Cabinet office spokesman, said if Chilcot’s report wasn’t released before the end of February, it would not be publically disclosed until after May’s general election.

He added the inquiry was independent of government and the report’s publication date was a matter for Sir John Chilcot, who headed the inquiry, to decide.

Just wonderful. The fate of the report is in one man’s hands. Who knows when or if the report will ever be published. Clearly they’re scrambling to cover their tracks.

Draft reports of the Iraq war inquiry that surfaced in December rattled Britain’s establishment, with senior Whitehall figures battling to sanitize its findings.

One well-informed source told the Times that the report’s findings are far more scathing than expected, and have prompted a legal firestorm in the heart of the British establishment.

It seems unlikely that anything worthwhile will come of this. Yet we remain hopeful.