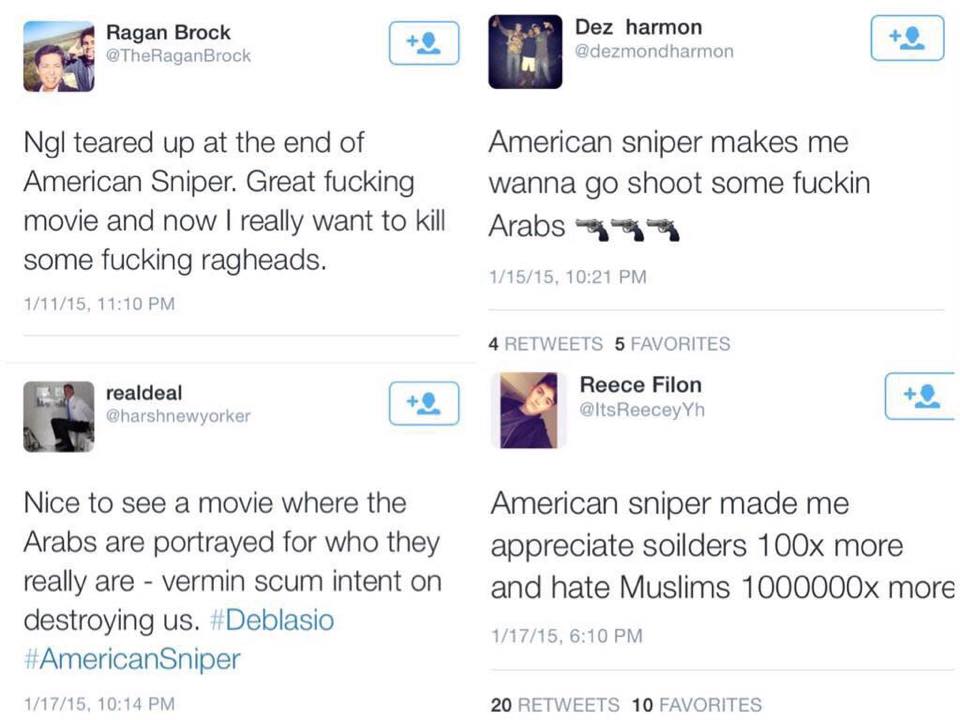 Dangerously racist propaganda appears to be working like a charm, the operative word being “appears to be.” Who knows who’s tweeting this shit? It could be an army of paid propagandists or autobots.

Remember, racism is a vital weapon used by governments to wage war.

Also, as a footnote, American sniper, apart from being a serial killer and psycho was also a liar.