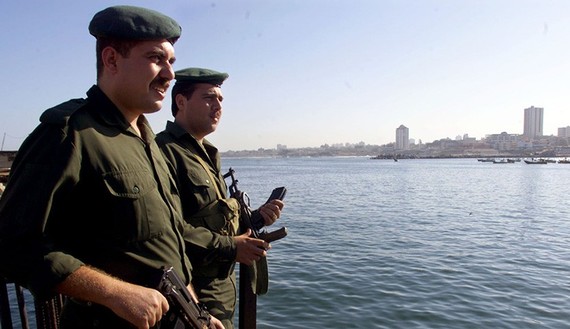 With everything that’s happening in the world today, from Iraq to Syria to Ukraine, Saudi Arabia and Iran, this has to be the most exciting and volatile period in the history of mankind.

In a significant political and economic development, Palestinian President Mahmoud Abbas met Jan. 23 with Russian President Vladimir Putin. The meeting came as a prerequisite to officially sign an investment agreement aiming to develop the Gaza offshore gas field in the Mediterranean Sea. It is only logical to assume that this step will raise the ire of Israel. The latter does not appreciate the role Russia plays in the region, especially since Israel has never come to an agreement with Russia.

The timeline of when gas was discovered and everything that happened in between is very interesting and well worth examining. But suffice it to say that the amount of gas in question is substantial and will no doubt cause Israel and the US much consternation.

It is important to note that according to economic estimations, the reserve of Marine Gaza can hold up to 30 billion cubic meters of gas, noting that its development will need three to four years and will cost around a billion dollars. The revenues of this field are estimated at $6 to $7 billion a year, throughout many years. A part of the said revenues will be given to the Palestinian Authority in the form of taxes and fees. This is supposed to render the authority independent from donor countries.

Abbas announced in Moscow that he is dealing with Russia as a major power, which has to play a key role in the Middle East. He added, “We are happy to see that Russia is an active and influential power on the international arena.” Abbas old Itar-Tass, “We would like to see Russia playing a leading role in the Middle East, since it is a major power.”

This could very well be a game changer. Between an avalanche of advancing technologies and seismic shifts in geopolitics and finance, it’s hard to tell which way the chips will land.