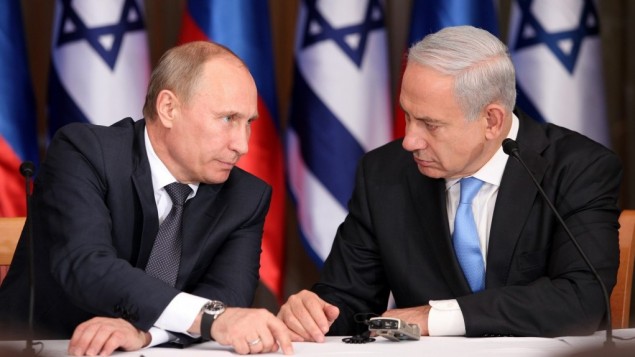 “Retaining good relations with Russia is a question of principle for Israel, it is one of the priorities. This is not a question of personal sympathies and antipathies of this or that politician. This is an acknowledged necessity,” Lieberman said in a written message.

“I cannot imagine a sober-minded Israeli prime minister or foreign minister who will choose to change that paradigm,” Lieberman said.

Meanwhile, Bibi is busy harpooning Israel’s relations with the Obama administration. I wonder, why the contrast? Isn’t the US “powerful” enough for them?

In any event, the feeling appears to be mutual as Russia’s Putin sent warm regards for a happy New Year to Bibi and “conveyed his intention to ensure safety in the Middle East through close cooperation.”

Whatever that means. In a world dominated by intelligence agencies and covert operations, it’s near impossible to know which alliances are fake and which are genuine. But, in the long run, time will reveal all.