Heads Up: Gov’t plans to Tax our Savings Accounts 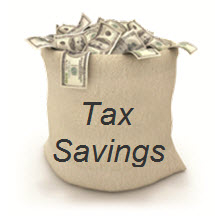 Remember my post on negative interest? Well, here it comes, under a different name…

A new political scheme to tax bank accounts, according to the Australian Financial Review, might be locked in place in Australian banks as soon as January 1, 2016. [1-4] This could quickly be copied by other tax-hungry welfare states, including ours.

This bank deposit tax will likely begin at a low percentage, to create a legal precedent; but it is expected to grow rapidly, as the income tax did in the United States.

Like many modern taxes, this planned tax on bank accounts is being framed as a tax on the banks, not on individual customers. Its cost, however, will be passed on to depositors in the form of higher fees or lower interest paid on their accounts.

This tax on bank deposits is projected from its start to raise around $500 million each year, purportedly for a “Financial Stabilization Fund” to help protect banks from collapse in future financial crises.

This is just another nail in the coffin. They’ve already sealed off the exits by placing strict limits on the cash people can use in the economy or withdraw from their bank accounts. Now, they’re going to tap into it. We’re being buried alive by the money men.