Higher-Ed for Free! Germany did it, so did Tennessee! 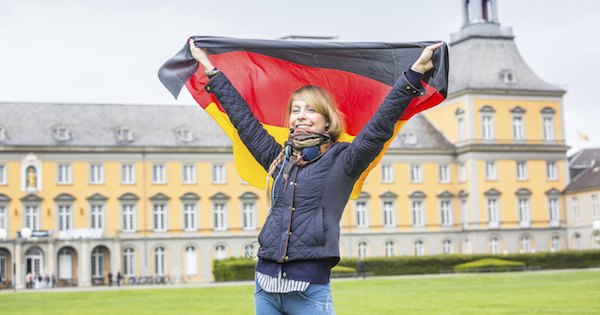 Last year, the last state in Germany abolished tuition in its public universities (its private ones account for a small sliver of its higher education). But we don’t need to look as far as Germany to see that tuition-free universities can work in the US. It’s already happened in Tennessee.

Republicans and Democrats alike say we can’t afford it. But they stopped saying that in Tennessee in 2014: there, the legislature voted to make tuition and fees free for two years for all state high-school graduates who want to go to a community college or technical school. (Tuition there costs $4,000.) The State House of Representatives voted in favor of the bill 87 to 8; the vote in the State Senate was 30 to 1. And in case you were wondering, the Tennessee House has fifty-eight Republicans and twelve Democrats, while the Senate has twenty-seven Republicans and eight Democrats. The plan, available to students graduating from high school this year, has attracted almost 90 percent of the state’s seniors—more than twice as many as expected. There’s one other striking fact: in Tennessee, free tuition didn’t come after massive student protests; it was a Republican idea, touted as a “pragmatic” program, part of a “strategy that worked.”

If Tennessee can afford free tuition, so can everybody else.

But “there are too many conservatives in this country, you say. It will never happen.” Wrong.

If it happened in Germany, a very conservative country – arguably, the king of austerity, it can happen here.

Even in conservative Bavaria, 1.35 million voters—15 percent of the electorate—signed a petition opposing tuition, causing the state government to relent. If the conservative Christian Democrats in Germany—masters of austerity—can be pressured into eliminating tuition, why can’t the same thing happen with the Democrats in the United States, especially in places like California, Illinois and New York?

The only things stopping this from happening all over the US is lack of awareness (among the people) that it’s possible and the fact that a small segment of society (bankers and their pet institutions) profit handsomely from private universities – something that would become a thing of the past if public higher education were free.

But if we work together, we can do this. We can make it a reality and put those profiteers out of business.

Making college free would have one additional benefit: it would drive the for-profit schools out of business. They now enroll 13 percent of those currently attending American colleges, or 2 million students. A Senate Education Committee report in 2012 released by Iowa Democrat Tom Harkin provided “overwhelming documentation of exorbitant tuition, aggressive recruiting practices, abysmal student outcomes, taxpayer dollars spent on marketing and pocketed as profit, and regulatory evasion and manipulation.” For-profit colleges represent predatory capitalism at its worst. Instead of tightening regulations, as Obama has proposed, we could get rid of all for-profit colleges except those that provide real job skills not available at public schools.

Once they’re out of the way, graduate education will be next. There is really no stopping Americans, or any other people, once they are determined to educate themselves on the possibilities.