Kudos to them! No one should take that kind of abuse laying down.

An “Islamic frittata” campaign lampooning a conservative firebrand’s anti-Muslim posters is set to debut in city subways Tuesday.Documentary filmmakers Negin Farsad and Dean Obeidallah say they will post 144 posters in 140 subway stations thanks to roughly $20,000 raised through crowdfunding. The posters bear messages like: “The ugly truth about Muslims: Muslims have great frittata recipes.” 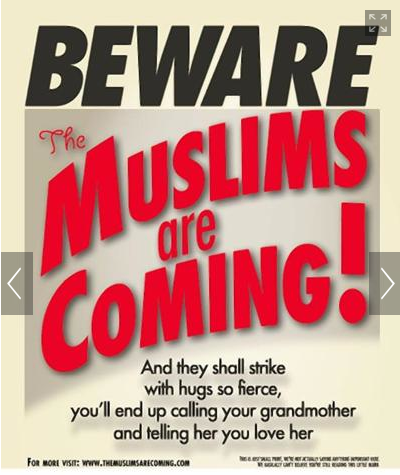 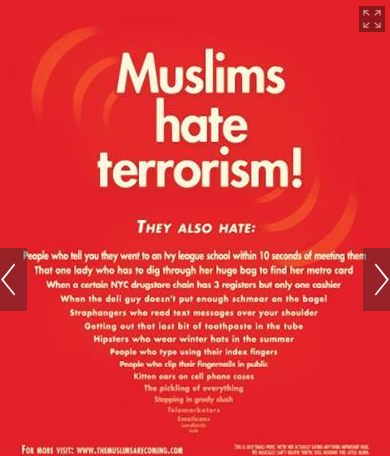 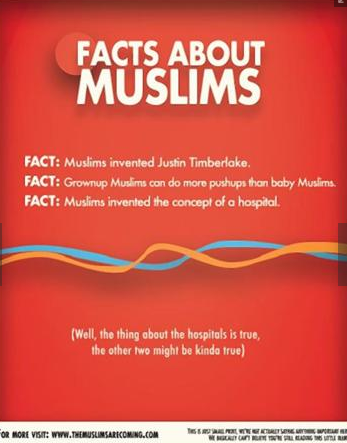