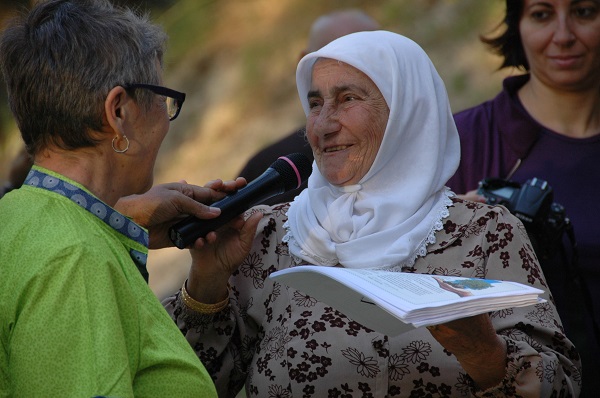 Someone ought to call that schlep, Horowitz, so he can correct his talking points before his next university visit.

In a forest glade set atop the remains of the destroyed Palestinian village of Lubya in the Lower Galilee, a delegation of South African Jews made a public apology to the descendants of refugees from Lubya and their families Friday evening.The event, a joint initiative of the South African delegation and representatives of Lubya’s displaced persons, concerned the use of donations made by the South African Jewish community to the Jewish National Fund (JNF), which went toward planting the “South Africa Forest.” This forest is part of the larger Lavie Forest that covers what was once Lubya, which was depopulated on July 16-17, 1948. Kibbutz Lavie, founded in 1949, was also established on the lands of the former village.

Witnessed by over a hundred Palestinians and Israelis, the South African delegation publicly acknowledged that the Nakba had taken place, accepted the role that their donations to the JNF had in covering up historical injustices and apologized for the personal part they played in this sequence of events.

This is a significant, positive, and very promising development. I pray that more and more Jews extend their hands in peace to Palestinians. I am certain they will be warmly received, despite the decades of enmity.