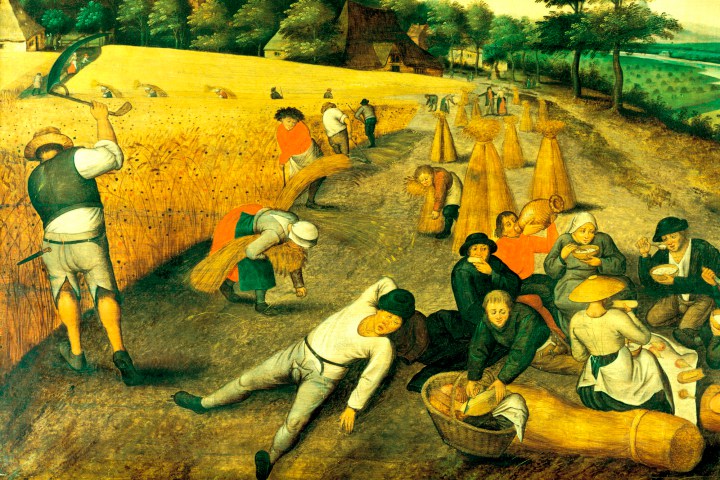 We often bask in the glory of our technological advances, but lost in our consciousness is the deepening failures of our social paradigms.

Life for the medieval peasant was certainly no picnic. His life was shadowed by fear of famine, disease and bursts of warfare. His diet and personal hygiene left much to be desired. But despite his reputation as a miserable wretch, you might envy him one thing: his vacations.Plowing and harvesting were backbreaking toil, but the peasant enjoyed anywhere from eight weeks to half the year off … In fact, economist Juliet Shor found that during periods of particularly high wages, such as 14th-century England, peasants might put in no more than 150 days a year.

As for the modern American worker? After a year on the job, she gets an average of eight vacation days annually.

So much for progress…

It wasn’t supposed to turn out this way: John Maynard Keynes, one of the founders of modern economics, made a famous prediction that by 2030, advanced societies would be wealthy enough that leisure time, rather than work, would characterize national lifestyles. So far, that forecast is not looking good.

What happened? Some cite the victory of the modern eight-hour a day, 40-hour workweek over the punishing 70 or 80 hours a 19th century worker spent toiling as proof that we’re moving in the right direction. But Americans have long since kissed the 40-hour workweek goodbye, and Shor’s examination of work patterns reveals that the 19th century was an aberration in the history of human labor.

When workers fought for the eight-hour workday, they weren’t trying to get something radical and new, but rather to restore what their ancestors had enjoyed before industrial capitalists and the electric lightbulb came on the scene.

In other words, one step forward, two steps back…

Go back 200, 300 or 400 years and you find that most people did not work very long hours at all. In addition to relaxing during long holidays, the medieval peasant took his sweet time eating meals, and the day often included time for an afternoon snooze. “The tempo of life was slow, even leisurely; the pace of work relaxed,” notes Shor. “Our ancestors may not have been rich, but they had an abundance of leisure.”

The article, which is quite good, goes on to point out the flawed logic behind endless toil, and the myth that it increases productivity, noting that Greeks, who face a horrible economy, are working harder than all other Europeans. While German workers, who fuel a “powerhouse economy,” “rank second to last in number of hours worked.” Of course, the article falls short of pinpointing exploitation, of one by the other, as the determining factor.

Nevertheless, it got one thing right – “[M]embers [of Congress] seem to be the only people in America getting as much down time as the medieval peasant. They get 239 days off this year.”

Suckers!!! When will Americans wake up?