‘No Diet Coke for you’: Islamophobia at 30,000 feet leads to viral United Airlines boycott 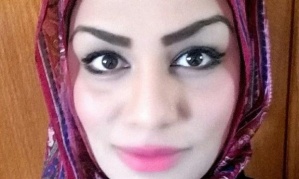 What happens when you ask for an unopened can of Diet Coke on an airplane? If you’re a Muslim woman, according to one report, you don’t get served.And the man sitting next to you gets an unopened can of beer just fine. Tahera Ahmad, a Muslim chaplain at Chicago’s Northwestern University, documented these allegations from onboard a United Airlines flight this weekend in an episode that almost immediately went viral – and led to pledges to boycott the airline. On her Facebook page, Ahmad claimed a flight attendant was “clearly discriminating against me” after she asked for an unopened of soda for hygienic reasons and says was told, “Well, I’m sorry. I just can’t give you an unopened can, so no Diet Coke for you.”

The incident is pretty screwed up, when you see how the initial discrimination triggered a tidal wave of hate and disrespect from other passengers, below:

Looks like a pretty clear cut case of discrimination. If they want to hold on to their business, they’re going to have to double their efforts at sensitivity training.:-)