JFK and the Unspeakable – Why he died and why it matters 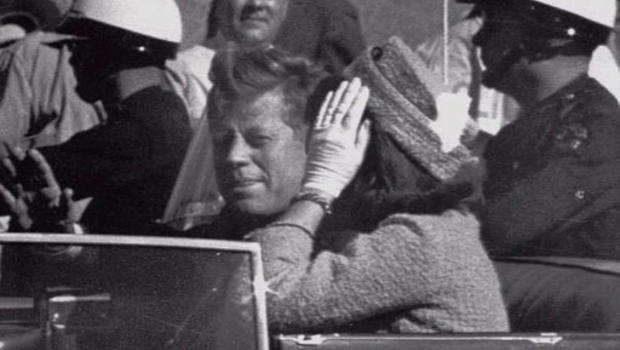 In a 1966 New York Times feature article on the CIA, this statement by JFK appeared without further comment: “President Kennedy, as the enormity of the Bay of Pigs disaster came home to him, said to one of the highest officials of his Administration that he wanted ‘to splinter the C.I.A. in a thousand pieces and scatter it to the winds.’”Presidential adviser Arthur M. Schlesinger, Jr., said the president told him, while the Bay of Pigs battle was still going on, “It’s a hell of a way to learn things, but I have learned one thing from this business—that is, that we will have to deal with CIA . . . no one has dealt with CIA.”

Earth shattering quotes from JFK and the Unspeakable: Why He Died and Why It Matters, by James Douglass.

Essential reading for any thinking breathing human being who wants to understand the depth and breadth of the diabolical forces that still rule the world today, 52 years after Kennedy was assassinated.

It’s not often that the intersection of history and contemporary events pose such a startling and chilling lesson as does  the contemplation of the murder of JFK on November 22, 1963 juxtaposed with the situations  faced by President Obama today.   So far, at least, Obama’s behavior has mirrored Johnson’s, not Kennedy’s, as he has escalated the war in Afghanistan by 34,000. One can’t but help think that the thought of JFK’s fate might not be far from his mind as he contemplates his next move in Afghanistan.

Douglass presents a very compelling argument that Kennedy was killed by “unspeakable” [forces] within the U.S. national security state because of his conversion from a cold warrior into a man of peace.  He argues, using a wealth of newly uncovered information, that JFK had become a major threat to the burgeoning military-industrial complex and had to be eliminated through a conspiracy planned by the CIA – “the CIA’s fingerprints are all over the crime and the events leading up to it” – not by a crazed individual, the Mafia, or disgruntled anti-Castro Cubans, though some of these may have been used in the execution of the plot.

Why and by whom?  These are the key questions.  If it can be shown that Kennedy did, in fact, turn emphatically away from war as a solution to political conflict; did, in fact, as he was being urged by his military and intelligence advisers to up the ante and use violence, rejected such advice and turned toward peaceful solutions, then, a motive for his elimination is established.  If, furthermore, it can be clearly shown that Oswald was a dupe in a deadly game and that forces within the military/intelligence apparatus were involved with him from start to finish, then the crime is solved, not by fingering an individual who may have given the order for the murder or pulled the trigger, but by showing that the coordination of the assassination had to involve U.S. intelligence agencies, most notably the CIA .

Douglass does both, providing highly detailed and intricately linked evidence based on his own research and a vast array of the best scholarship.We are then faced with the contemporary relevance, and since we know that every president since JFK has refused to confront the growth of the national security state and its call for violence, one can logically assume a message was sent and heeded.  In this regard,  it is not incidental that former twenty-seven year CIA analyst Raymond McGovern, in a recent interview, warned of the “two CIAs,” one the analytic arm providing straight scoop to presidents, the other the covert action arm  which operates according to its own rules.  “Let me leave you with this thought,” he told his interviewer, “and that is that I think Panetta (current CIA Director), and to a degree Obama, are afraid – I never thought  I’d hear myself saying this – I think they are afraid of the CIA.”  He then recommended Douglass’ book, “It’s very well-researched and his conclusion is very alarming.” [i]

Let’s look at the history marshaled by Douglass to support his thesis.First, Kennedy, who took office in January 1961 as somewhat of a Cold Warrior, was quickly set up by the CIA to take the blame for the Bay of Pigs invasion of Cuba in April 1961.  The CIA and generals wanted to oust Castro, and in pursuit of that goal, trained a force of Cuban exiles to invade Cuba.  Kennedy refused to go along and the invasion was roundly defeated.  The CIA, military, and Cuban exiles bitterly blamed Kennedy. But it was all a sham.

Though Douglass doesn’t mention it, and few Americans know it, classified documents uncovered in 2000 revealed that the CIA had discovered that the Soviets had learned of the date of the invasion more than a week in advance, had informed Castro, but – and here is a startling fact that should make people’s hair stand on end –  never told the President. [ii] The CIA knew the invasion was doomed before the fact but went ahead with it anyway.  Why?  So they could and did afterwards blame JFK for the failure.

This treachery set the stage for events to come.  For his part, sensing but not knowing the full extent of the set-up, Kennedy fired CIA Director Allen Dulles (as in a bad joke, later to be named to the Warren Commission) and his assistant General Charles Cabell (whose brother Earle Cabell, to make a bad joke absurd, was the mayor of Dallas on the day Kennedy was killed) and said he wanted “to splinter the CIA in a thousand pieces and scatter it to the winds.”  Not the sentiments to endear him to a secretive government within a government whose power was growing exponentially.The stage was now set for events to follow as JFK, in opposition to nearly all his advisers, consistently opposed the use of force in U.S. foreign policy.

In 1961, despite the Joint Chief’s demand to put troops into Laos, Kennedy bluntly insisted otherwise as he ordered Averell Harriman, his representative at the Geneva Conference, “Did you understand?  I want a negotiated settlement in Laos.  I don’t want to put troops in.”

Also in 1961, he refused to concede to the insistence of his top generals to give them permission to use nuclear weapons in Berlin and Southeast Asia.  Walking out of a meeting with top military advisors, Kennedy threw his hands in the air and said, “These people are crazy.”

He refused to bomb and invade Cuba as the military wished during the Cuban missile crisis in 1962.  Afterwards he told his friend John Kenneth Galbraith that “I never had the slightest intention of doing so.”

Then in June 1963 he gave an incredible speech at American University in which he called for the total abolishment of nuclear weapons, the end of the Cold War and the “Pax Americana enforced on the world by American weapons of war,” and movement toward “general and complete disarmament.”

A few months later he signed a Limited Test Ban Treaty with Nikita Khrushchev.In October 1963 he signed National Security Action Memorandum  263 calling for the withdrawal of 1,000 U. S. military troops from Vietnam by the end of the year and a total withdrawal by the end of 1965.[iii]

All this he did while secretly engaging in negotiations with Khrushchev via the KGB , Norman Cousins, and Pope John XXIII , and with Castro through various intermediaries, one of whom was French Journalist Jean Daniel. In an interview with Daniel on October 24, 1963 Kennedy said, “I approved the proclamation Fidel Castro made in the Sierra Maestra, when he justifiably called for justice and especially yearned to rid Cuba of corruption.  I will go even further: to some extent it is as though Batista was the incarnation of a number of sins on the part of the United States.  Now we will have to pay for those sins.  In the matter of the Batista regime, I am in agreement with the first Cuban revolutionaries.  That is perfectly clear.”

Such sentiments were anathema, shall we say treasonous, to the CIA and top generals.These clear refusals to go to war and his decision to engage in private, back-channel communications with Cold War enemies marked Kennedy as an enemy of the national security state.  They were on a collision course.

As Douglass and others have pointed out, every move Kennedy made was anti-war.  This, Douglass argues, was because JFK, a war hero, had been deeply affected by the horror of war and was severely shaken by how close the world had come to destruction during the Cuban missile crisis. Throughout his life he had been touched by death and had come to appreciate the fragility of life.

Once in the Presidency, Kennedy underwent a deep metanoia, a spiritual transformation, from Cold Warrior to peace maker.  He came to see the generals who advised him as devoid of the tragic sense of life and as hell-bent on war.  And he was well aware that his growing resistance to war had put him on a dangerous collision course with those generals and the CIA.

On numerous occasions he spoke of the possibility of a military coup d’etat against him.  On the night before his trip to Dallas, he told his wife, “But, Jackie, if somebody wants to shoot me from a window with a rifle, nobody can stop it, so why worry about it.”  And we know that nobody did try to stop it because they had planned it.

But who killed him?

Douglass presents a formidable amount of evidence, some old and some new, against the CIA and covert action agencies within the national security state,  and does so in such a logical and persuasive way that any fair-minded reader cannot help but be taken aback; stunned, really. And he links this evidence directly to JFK’s actions on behalf of peace.He knows, however, that to truly convince he must break a “conspiracy of silence that would envelop our government, our media, our academic institutions, and virtually our entire society from November 22, 1963, to the present.”  This “unspeakable,” this hypnotic “collective denial of the obvious,” is sustained by a mass-media whose repeated message is that the truth about such significant events is beyond our grasp, that we will have to drink the waters of uncertainty forever.  As for those who don’t, they are relegated to the status of conspiracy nuts.Fear and uncertainty block a true appraisal of the assassination – that plus the thought that it no longer matters.

It matters.  For we know that no president since JFK has dared to buck the military-intelligence-industrial complex.  We know a Pax Americana has spread its tentacles across the globe with U.S. military in over 130 countries on 750 plus bases.

We know that the amount of blood and money spent on wars and war preparations has risen astronomically.

There is a great deal we know and even more that we don’t want to know, or at the very least, investigate.

Are you ready to learn the truth? Or will you keep closing your eyes? 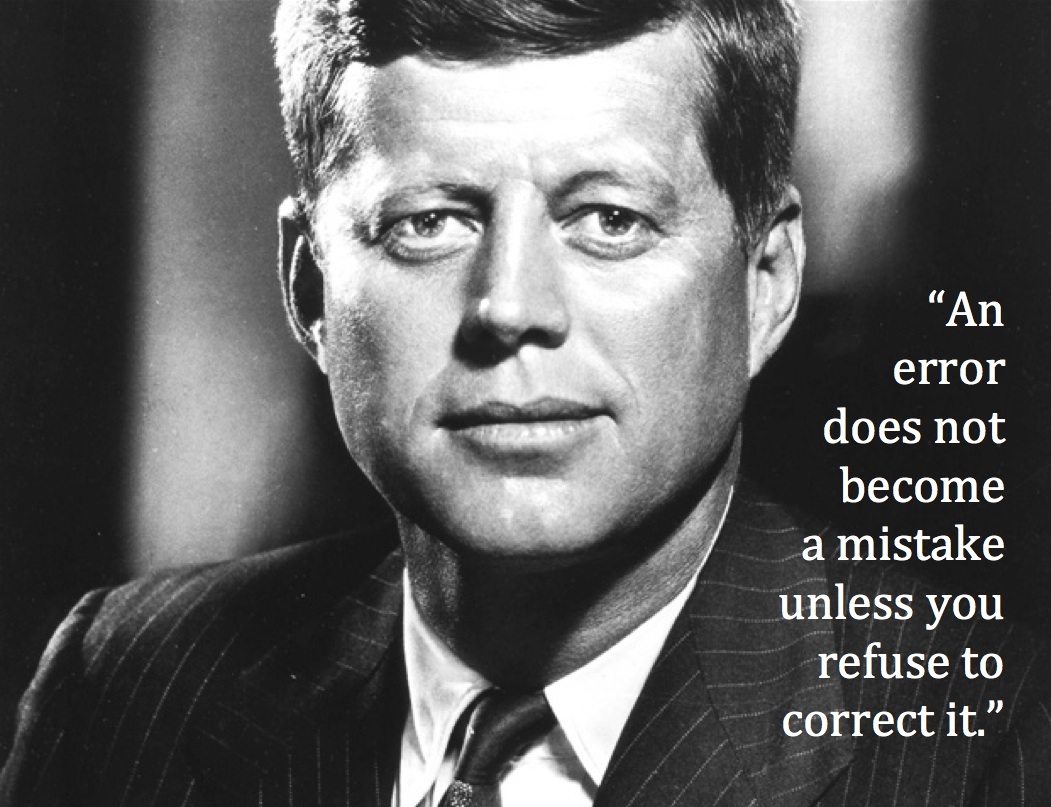