Hold on to your cowboy hats; things are about to get real… 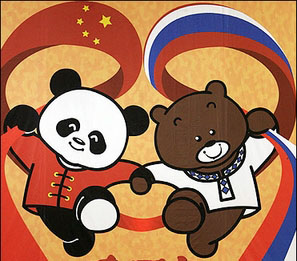 Russia is about to take another major step towards liberating the Ruble from the Dollar System. Its Finance Ministry just revealed it is considering issuing Russian state debt in Chinese Yuan. That would be an elegant way to decouple from the dependence and blackmail pressures from the US Treasury financial terrorism operations while at the same time strengthening the bonds between China and Russia–Washington’s worst geopolitical nightmare.

Russian Deputy Minister of Finance, Sergei Storchak, announced that his ministry is making a careful study of what would be required to issue Russian bonds denominated in Chinese Yuan. The latest news is part of a long-term strategy between Russia and China that goes at the heart of American hegemony—the role of the dollar as the leading world central bank reserve currency.

The dollar is used in some 60% of central bank reserves today. The second largest is the Euro. Now clearly China is carefully moving, as the world’s largest trading nation, to create its Renminbi or Chinese Yuan as another major reserve currency. That has huge geopolitical implications. So long as the US dollar is leading reserve currency, the world must de facto buy US dollar Treasury bonds for its reserves. That has allowed Washington to have budget deficits since 1971 when the dollar left the gold exchange standard. In effect, China, Japan, Russia, Germany—all trade surplus countries, finance Washington’s deficits that allow her to make wars around the world. It is a paradox that Russia and China at least, are determined to end as soon as possible.

It’s a shame that in this day and age, Americans still don’t understand that money is not what makes the world go round. Cooperation does.