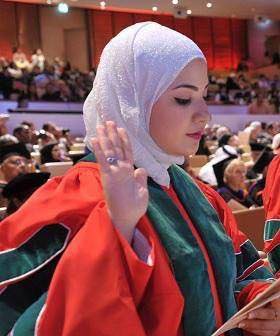 “Eqbal is a 14 year old Palestinian girl from ‪#‎Gaza‬, who entered the Guinness book of records for studying to becoming the youngest doctor.” 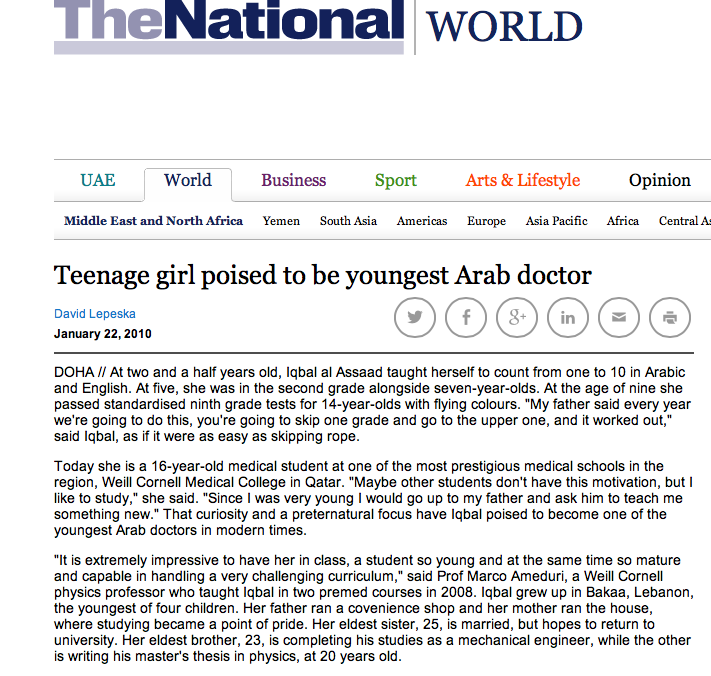 Human beings are capable of far more than our societies permit, which makes this girl’s accomplishment even more extraordinary, because she did it against all odds in Gaza.

We all know the often daily death and destruction visited upon Gaza by Israelis over the last 8 years.

But the destruction of young hearts and minds is not restricted to Gaza (though it’s much more acute there than anywhere else).

For decades now, American students have been getting an increasingly shorter end of the educational stick.

Rather than encouraging America’s children to reach their full potential, from the dumbing down of our education system to the commercialization (and dumbing down) of every aspect of our society (music, movies, and video games), our systems are deliberately designed to thwart and indeed destroy the potential of our children.

But as demonstrated above, we and our children are much more than “the elite” think.