Wow, I can’t say that I’ve seen this particular compilation before. Ive never seen Carlin actually say that he enjoys watching the world circle the drain (I don’t believe he meant it), but also, I’ve never seen him get as annoyed as he did in the third clip, where he’s sitting opposite some bozo who tries to school him on the definition of fascism, to which Carlin replies “Germany lost the second World War, fascism won it.”

He’s right. And it’s been down hill ever since.

George Carlin was a genius. If he were an angry black man, they would have lynched him. 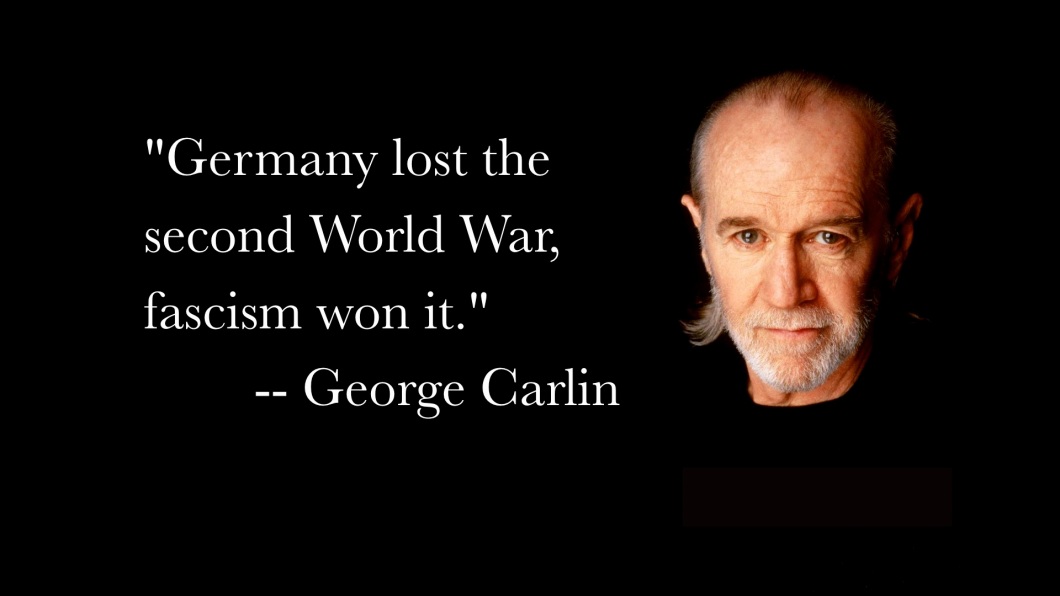