PA to close public High Schools, as the war on the middle class rages

With municipalities and school districts all over the country going bankrupt, and money nowhere to be found (except wall street),  American parents will soon be asked to pay for their children’s high school education (as we do now for college), or let them languish at home or in the streets, while they’re busy working two jobs (or looking for work) to make ends meet.

The public school district in the city of Erie, Pennsylvania is considering massive cuts that would create potentially costly and disruptive barriers to any of its students interested in obtaining an education past the eighth grade.

The district is currently facing a deficit of more than $10.3 million. Over $6 million in cuts have already been decided upon, leaving $4.3 million more to be cut. As a result, Superintendent Dr. Jay Badams has proposed to close all four of the city’s public high schools. Erie residents wishing to obtain an education past eighth grade would be forced to attend a charter school or travel to schools in other districts outside the city. The school district would only provide “limited transportation” to students who chose to attend a public school outside the district.

According to the district, the closing of all public high schools is “pursuant to section 1607 of the Pennsylvania Public School Code (the “School Code”), which does not require school districts to provide education beyond Grade 8. According to the School Code, students in districts that no longer offer high school would be permitted to attend “the nearest or most conveniently located high school” in another district. In such a situation, the home district is required to provide “limited transportation.”

Among the cuts already approved are the elimination of all art and music classes, sports and extracurricular activities, and full-day kindergarten. School libraries at all grade levels would also be closed. If the closing of the high schools goes through, Erie would be added to a growing number of Pennsylvania school districts which have eliminated high school including Wilkinsburg and Duquesne, both near Pittsburgh.

If you still think there isn’t a war raging against the middle class, you’re not paying attention. 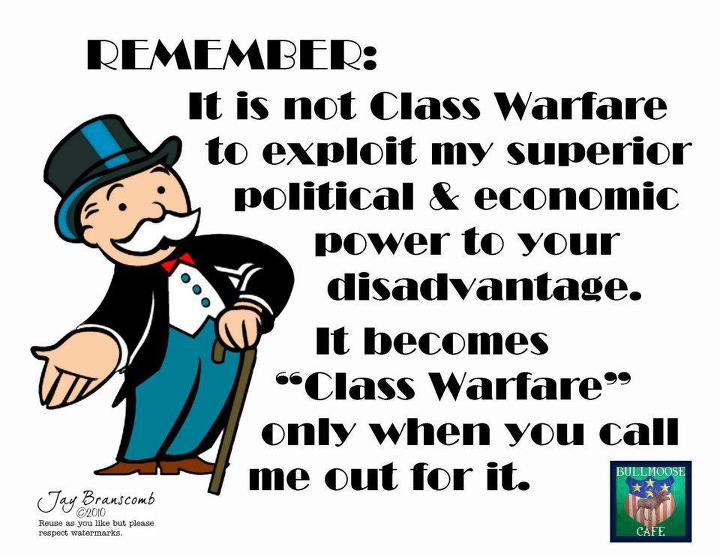