Two Suicides at the Capitol – Both Said “Tax The 1%” 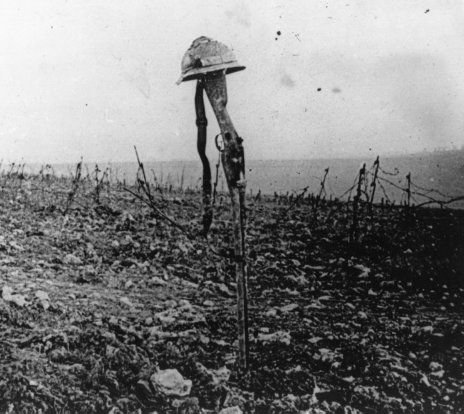 Two years ago, a 57-yr old veteran killed himself, right before our eyes, at the capitol, wearing a sign that read “Tax the 1%.” Yet no one in the media blinked an eye. No one even asked who he was or why he killed himself.

Four days ago, a 22-yr old man killed himself, at the capitol, with the same sign attached to his hand. Yet nothing in the mainstream media. No one made the connection – no acknowledgement of this trend.

How many others must take their lives, at the altar of this grisly system, before Americans “get” the message that these men tried to send?

When 64-year-old Vietnam vet John Constantino burned himself to death on the DC Mall in October of 2013 I couldn’t stop thinking about this man and his act. Who was he? What compelled him? What was his life’s story? What were his political views, his life’s station, etc?  I wanted to write a blog then but didn’t.Then Saturday happened.

On the kind of beautiful sunny day when hope springs eternal, an older gentleman wearing a backpack walked over by the fountain in front of the Capitol Building in Washington DC. And a sign. According to people who saw him, it said simply: “Tax The 1%”

The police captain on the scene who addressed the news cameras eerily avoided the question, mumbling that it was “something about social justice,” as if he were annoyed to address any specifics. So we know nothing else. Not even a name was given. A dog run over by car might have gotten more respect and news coverage than this unknown man.

John Constantino was a Vietnam veteran living in Mount Laurel, N.J. when he came to DC to kill himself.

I live in a neighboring town and even I didn’t know.

Fast forward to four days ago:

“At approximately 1:07 p.m. on Saturday afternoon, April 11, during the annual Cherry Blossom Festival celebrating springtime in the Nation’s Capitol, a 22-year old man took his own life with a gun on the Capitol grounds with a protest sign taped to his hand. According to the Washington Post, the sign read: “Tax the one percent.”

Yesterday, the Metropolitan Police Department released the young man’s name. He was Leo P. Thornton of Lincolnwood, Illinois. Based on what is currently known, the young man had traveled to Washington, D.C. for the express purpose of making a political statement with his sign and then ending his young life.

The Chicago Tribune reported that “Thornton’s parents filed a missing persons report on the morning of April 11 after he never came home from work on April 10, Lincolnwood Deputy Police Chief John Walsh said.”

Those are the tragic facts of the incident itself. But there is a broader tragedy: the vacuous handling of this story by corporate media. The Washington Post headlined the story with this: “Rhythms of Washington Return after Illinois Man’s Suicide Outside Capitol.” The message he delivered to his Congress – tax the one percent – has yet to be explored by any major news outlet in America in connection with this tragedy.

Was the message of Leo P. Thornton of Lincolnwood, Illinois a critical piece of information for this Congress to hear at this moment in American history. You’re damn right it was. Outside of Wall Street’s wealth transfer system, provisions in the U.S. tax code are the second biggest wealth transfer system to the one percent. Together, these two systems have created the greatest income and wealth inequality since the economic collapse in the Great Depression. “

When we don’t see our lives being reflected back to us on the news, the every day realities of living in the cauldron of enforced austerity, which is the price for bailing out the banks, tax break for the rich and military spending, we don’t have a sense of ourselves and live in a festering state of malaise and confusion.

We keep looking for a serious media conversation that takes on the totality of the destruction, which would simply require just following the money. But it never comes. And life slogs on for the dispossessed, marginalized and voiceless. Their backs have been in the corner for a little too long now.

We’re in a dangerous place, despite how many apps we can get for our smartphones and how well-stocked the supermarket shelves may appear. Red vs. Blue is not life, Democrat vs. Republican is a ruse, the culture wars divide and conquer us. We need to get on the same side of the 99% or there will be soon be many more desperate acts.

This man’s story, and John Constantino’s, must be told. Who were these guys? The exhortation of the unknown man’s sign is focused and direct, and frighteningly accurate.

The unknown man is right; a society in which a few are living off the misery of the vast majority is untenable.

Is anybody out there?

I don’t know. But apparently, if there is, the mainstream media won’t tell us.