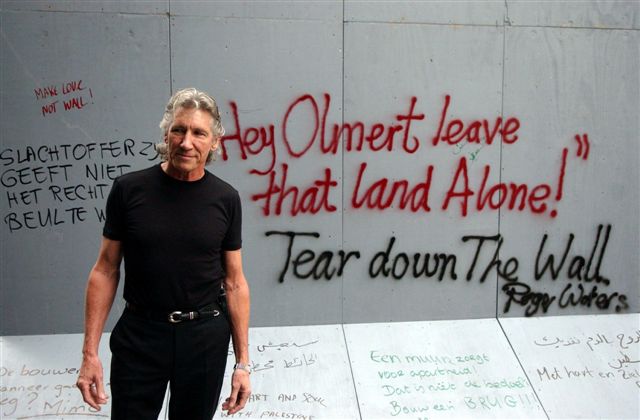 Roger Waters continues his one man crusade against apartheid Israel. In the second of a series of exclusive open letters to artists who intend to perform in Israel, Waters openly appeals to Dione Warwick’s humanity, asking her to cancel her performance and join him and others in the global BDS movement.

True to his legacy with Pink Floyd, Waters won’t stop until he tears down the apartheid wall that’s destroying so many lives.

“[U]ltimately, this whole conversation is not about her, her gig in Tel Aviv, or even her conception of boundaries and art, though I will touch on that conception later.  This is about human rights and, more specifically, this is about the dystopia that can develop, as it has in Israel, when society lacks basic belief in equal human value, when it strays from the ability to feel empathy for our brothers and sisters of different faiths, nationalities, creeds or colors.

It strikes me as deeply disingenuous of Ms. Warwick to try to cast herself as a potential victim here. The victims are the occupied people of Palestine with no right to vote and the unequal Palestinian citizens of Israel, including Bedouin Israeli citizens of the village of al-Araqib, which has now been bulldozed 83 times by order of the Israeli government.

I believe you mean well, Ms. Warwick, but you are showing yourself to be profoundly ignorant of what has happened in Palestine since 1947, and I am sorry but you are wrong, art does know boundaries. In fact, it is an absolute responsibility of artists to stand up for human rights – social, political and religious – on behalf of all our brothers and sisters who are being oppressed, whoever and wherever they may be on the surface of this small planet.”

Go Roger!!! Your fans around the world love and support you!