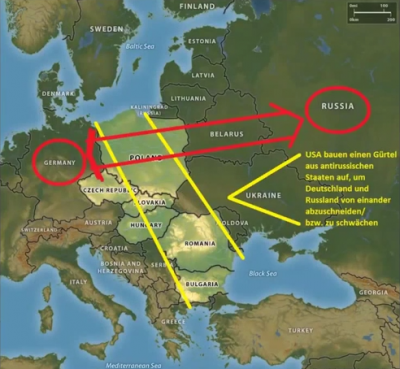 “The primordial interest of the United States for centuries (WWI, WWII and the Cold War) has been to stop a coalition between Germany and Russia because united they are the only force that can threaten us.”

That’s a pretty bold statement that makes a lot of sense when you examine history and says a lot about the uncertainty that lies ahead for humanity, given who said it and where:

George Friedman, Founder and Chairman of Stratfor, or what is called by many “private/shadow CIA” for its well known connections and close cooperation with the CIA, gave a very interesting speech to the Chicago Council of Foreign Affairs on subject Europe: Destined for Conflict? in February of this year.

This speech came after another interesting interview where he admits that the overthrow of Yanukovych was “the most blatant coup in history” and among other things the American “payback” for Russian involvement in Syria.

In my humble opinion, this is one of the most important speeches in years I’ve heard, blatantly presenting neo-con perspective that dictates Washington’s foreign policy.

The author goes on to list Friedman’s key points, which include the following:

Watch the video. His candor is astonishing. The people in control of the US military are insane and are taking Americans headlong into wars that will lead to armageddon.